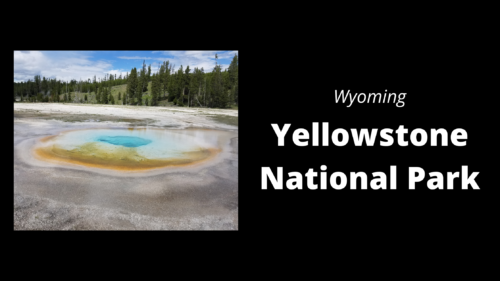 There are always some roadblocks when traveling (see what I did there?). But remember to go with the flow, and it will all work out in the long run.

There is one roadblock that I hit when trying to write this post. My internet connection has been okay at best. So I like using a VPN while connecting to other WiFi, especially public ones.

This was when I noticed my VPN wasn’t connecting. It has given me issues in the past, but I really wanted to get writing and needed to figure it out.

Long story, but I didn’t get it figured out. It wasn’t till a few days later I decided to try out a completely different company. I am still dealing with my previous VPN, and it’s not been fun.

There are times, especially dealing with accounts, that are just easier when you are home.

But let’s get back to the road trip.

I was so excited to find a gym that is only a 45 min drive away. You might think that is crazy, but when you haven’t had a shower in a few days, been hiking a lot, it’s not that far out of the way at all.

All I have to say is after that shower, I felt amazing! Who would have thought that some hot water would make you feel so good? It almost makes you forget all the rough, sometimes bumpy, roads you were dealing with. After getting a much-needed shower, food, it was time to find a camping spot. As I’ve mentioned before, I always have a few locations in mind. But this time was different, and it was the only thing I had mainly because I got this location from Tristan (from SUVRVing) and had a feeling it would be worth it.

After driving on a dirt road for around 10 miles, I found it.

This is a large pasture with some friendly neighbors. I am going to say there were a few hundred cattle grazing along with it. I decided that I would stay closer to the road and not at the short dead-end road. My thought was to give the cattle some space.

Not wanting to do much, I pulled out my laptop to write.

As I’m writing this, the best part of being here is about 15 cows circling my Rav. I guess they are curious about me.

My own idea of not bothering them doesn’t really matter. But, I’m going to be respectful and do my best not to bother them.

I had an interesting wake-up this morning. The Rav shook a little, which got me out of my sleeping. Just before opening my eyes, I heard something sniffing through the window.

As I opened my eyes, I saw my curtain moving inside the Rav. It was one of the cows that must have figured it was time to get up.

Not to mention there was a strange thing parked in their grazing grounds for a few hours. I’m excited to check out Yellowstone, as this is yet another park that I have never been to before.

As I was driving, I saw a few parking lots next to some water. I figured it was the perfect place to stop and make some Black Rifle coffee. A few people were looking at me oddly, but hey, sometimes you need coffee in the morning.

You might have guessed it, but Yellowstone was packed full of people.

I am sad to report, but not really that I didn’t go to the famous Old Faithful geyser. This was mainly due to SO MANY PEOPLE, and it was tough to find parking.

But I did find a cool path that had a ton of different geysers along the way. They even had notes on the last time the geyser went off and when the next time it would again.

I saw a few of them spout water super high into the air, but my photos didn’t turn out so great. It honestly reminded me of when I saw a fire hydrant that got run over by a car. Lots of water shooting up into the air (but it didn’t smell as bad). Even though it seemed everyone was out here, I was still able to get in some hikes where I was alone. The best one I found was taking the overlook to a waterfall. It didn’t have many people, the views were amazing, and come on, who doesn’t like a waterfall?

I was thrilled to have found a camping location that didn’t have hundreds of people around.

I found a cool place not far from West Yellowstone. The coolest part is that I didn’t see anyone else there.

That was cool until I started remembering that I’m in Grizzly territory, and maybe having a few others around would be a good thing.

I’m happy to report that I slept great and did not get eaten by a bear.

It’s nice also to know that it’s nice to wake up, relax and take my time getting ready. I ended up camping in the same spot I did the night before. Besides being a logging area, it’s been really nice. I even have reception, so that is always a plus.

The following morning, as I approached the West Yellowstone gate, there was a line of cars. Not just any line. A line that was about 2 miles long. But, being me, I had a backup plan and decided to spend the morning at Henrys Lake State Park if you are wondering why it’s because they have showers you can use with a day pass.

This park is really nice, with great customer service, hot showers, good cell coverage, but there was one bad thing. It’s something that I’ve found out I don’t particularly appreciate as they can ruin your day—a crazy amount of flying bugs.

Speaking of the showers, it looked like they had a newer shower building. The only downside I noticed was the five kids running around with a grandma trying to get them to take showers. I noticed one shower door was open and nobody was inside, so I asked (the grandma) if they were using it, she said yes.

After waiting for around 10 min, and dealing with screening kids, I decided to find the other shower building.

To my surprise, I was the only one that was there. It was a large room with four private showers separated by metal partitions. It was not as nice as the new building, but a lot quieter.

And it was nice to take a shower. Not only that, but there was great water pressure too.

To make this experience even better, I found a laundry mat nearby. To my surprise, it was $1.50 to wash and only $1 to dry (this is cheaper than it is back home)!

This takes us to the late afternoon. I was able to drive straight into Yellowstone. Yes, there were many people, but I thought it was better than being in a ton of traffic.

That was until I wanted to leave the park. It took me 37 min to go 6 miles. You would think it was due to an accident. Nope. It was due to some wildlife on the side of the road!

People were stopping to take pictures. OMG, sometimes I forget how much people suck.

Eventually, when I made it out of the park, I found an area where I could refill on water. I then headed back to my camping spot.

Trying To Get Tickets

Not sure if I’ve mentioned this, but I don’t know if I’ll be able to get into the next National Park I planned on (that being Glacier). This is due to the park requiring you to have the typical day pass (or season pass) plus a pass (costs an extra $2).

They only have 147 that open up daily, and they are sold out within a few minutes. It’s crazy, but then again, with the number of people that I’ve seen already, I can understand.

For me, though, I’ve been trying every day for a while, and it hasn’t worked out.

To try and “beat” the system, I’ve even tried booking a campsite, tour, or anything that I have seen available, but apparently, everyone has the same idea.

I will mention that you can rent a few cabins for $200 a night, but I’m not willing to do that.

The next best option is getting to the park before they have someone at the ticket gate. That puts me getting there by 5 am. I’m still a bit sad that I didn’t get to spend much time at the Tetons, but I spent a few days at Yellowstone. And this is a gorgeous park.

Sometimes you never know where your path will lead. But if you think about it, each decision you have made along the way has gotten you to where you are.