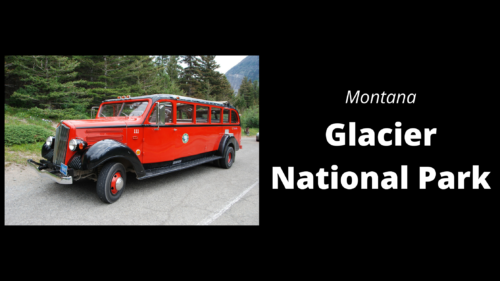 After waking up and failing to get a ticket for Glacier, again, I decided I would spend the day in Big Sky.

But first, I had to do some daily chores. Such as making coffee, organize the Rav, making sure I had water, food, and ice The cool thing about Big Sky, and where I was camping, is that they are not far from each other. That meant I was able to take my time and enjoy the views along the way.

If there is one thing about this road trip, it’s all the amazing sights you see along the way. You might have noticed there are many photos of the road and view. I know pictures don’t do any of them justice, but these areas are stunning.

As for Big Sky Montana, it’s no different. This town is a lot smaller than I originally thought, but it’s very nice. I think the selling point here is that it’s surrounded by mountains and has some really cool scenery.

Not only that, but apparently, they have hot air balloon rides!

I was hoping to finish some of my chores here, like bathing the Rav and filling up on water, but I soon found out that wasn’t going to be an option.

Instead, I walked around the town and enjoyed a good meal at Choppers Grub and Pub.

Camping Just Outside Of Big Sky

What made this leg of my journey even better was finding a camping location close by!

This time I decided I wouldn’t drive for miles until I found the “perfect” spot. Instead, I looked for the closest location I could find. I parked fairly close to the beginning of this public land, but that means I can also wake up and get an early start to the day tomorrow.

Another nice thing is that there weren’t many bugs. And there was a small creek just down the road. So I could get out of the Rav, set up my chair, and enjoy some reading before going to bed. On my way to Glacier, I decided to stop Bozeman, a much larger city than I originally thought.

The Rav desperately needed a bath, so after that, I was able to run some errands before heading on my way.

I made my way to Kalispell, south of Glacier, to stop by REI and say hey to an old coworker. Not only that but I got some advice on good places to eat and stay in the area. It’s always great knowing locals.

After meeting up with another friend, going to a movie since it was hot, I found a quick sleeping area (another Walmart).

Getting Into The Park

After trying for over a week on getting a ticket to get into the park (I’ve mentioned this in the past, but the park opens up 147 tickets each day, and I haven’t been able to get one). I decided to try another idea of getting in.

I got my butt up just after 4 am and started to make my way to the park.

It was an easy drive and didn’t take long for me to get to the visitors center, even earlier than I had expected. It was time to take a quick nap before heading to the hikes I wanted to check out.

Hiking In The Park

There were many areas to pull off the road and go for a hike.

The hike I enjoyed was the Avalance Trail.

It started with a nice wooded path. You then see a sign that takes you to the trailhead; it’s dirt and goes up. And that’s what I like to see.

There were some great views of the lake as well as some elevation gain. The downside was the end of the hike was anticlimactic, but overall it was great to get out (it even rained and thundered a bit). While on a separate, shorter hike, I heard a helicopter in the air. It was interesting that it was flying lower than they normally do.

I spoke with others who shared an unknown accident on the only open road, this side of the park.

Not only that, but the road was going to be shut down for a few hours. I never found out what happened, but I did see a van off the road just before entering Mcdonald Lake. I also assume someone got life-flighted out, so it could not have been good.

I eat at the diner, just inside the park for lunch. It was good and good service, but as can be expected, a bit pricy.

What was better was meeting up with my friend, and we went to dinner at Tamarack. I got some amazing fish tacos and some excellent beer. If you are in the area, I highly suggest going to Tamarack. They have awesome service, great food, and good brews.

If you want another place to get tasty beverages, check out Del’s. It had a cool and laid-back vibe. They even have Guenis on tap, but they do not have Fernet (not many bars do, but they get extra points if they have a bottle). I am very shocked at how much I have enjoyed my time in Montana. There are so many things to do, and it can almost be overwhelming. I am definitely going to be coming back and planning to stay longer.